Four Herrings is inspired by the Dictionary of Sussex dialect, by Rev. Parish in 1875. On his travels in Sussex, he noted the words and phrases used in the locality.

For example, four herrings, kex (a hollow stick) and doling (a fishing boat with two masts). There are words for different types of mud, different piles of sticks, bodies of water. He also notes French words, heard until recently in the fields near the coast.

In this film, one panel slides off, another slides on, forming a new configuration of the rural landscape.

As the dialect was open to interpretation and change, so our view of the past rural life is movable and pieced together from different perspectives and at different moments.

The slides are like glass magic lantern plates. Only the water is moving, like a Victorian illusion, still intriguing in a digital world.

It is influenced by the Pacific themed ‘In Pursuit of Venus’. Another source is a set of Edwardian cards, a game for children, where new stories and landscapes are formed by placing one card next to another, making a panorama. 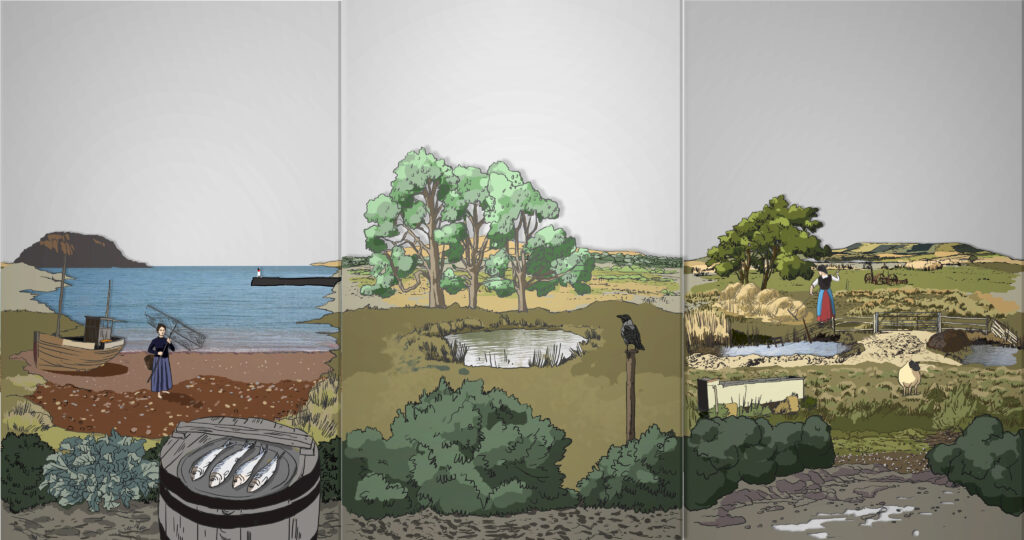 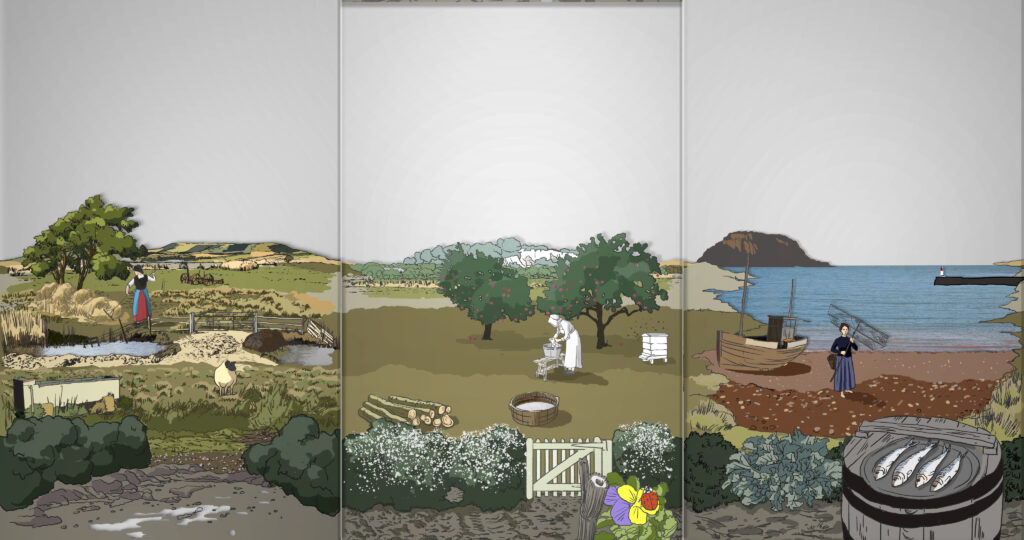 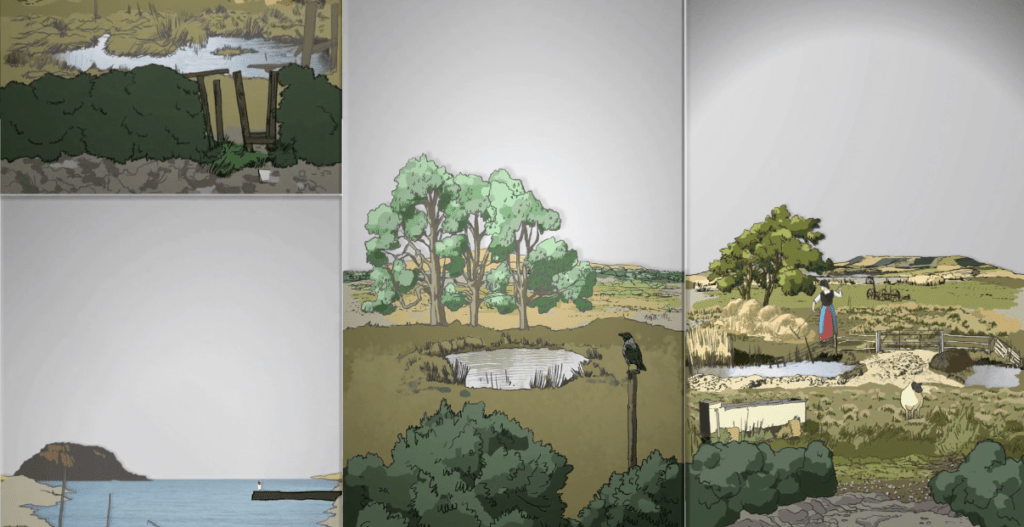 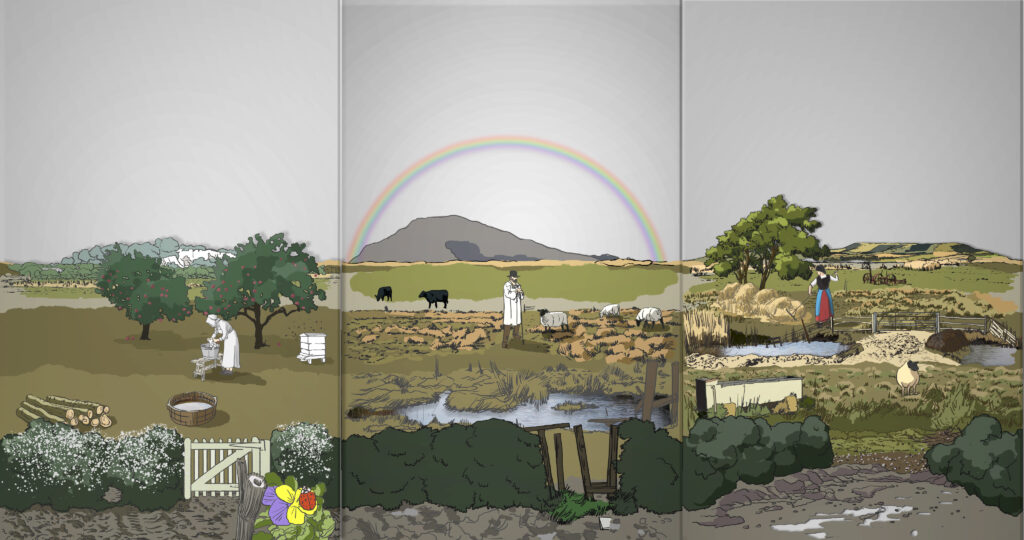 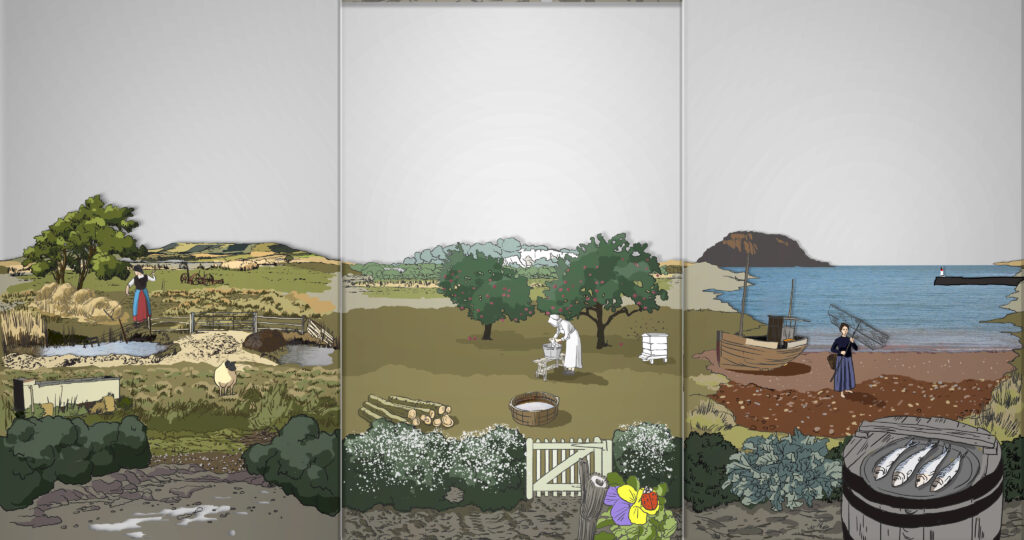